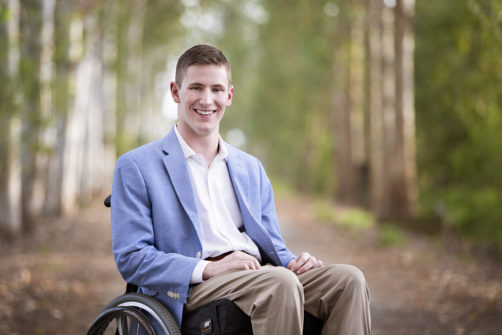 I love playing poker, specifically Texas Hold-Em. Like life, with poker it’s not just about the hand you are dealt but how you play the hand. One of the hardest things is knowing when to fold. A frequent error people make when playing, which I have been guilty of too, is justifying reckless betting because you were “pot committed.” Meaning you have committed/bet so many of your chips early on into the pot that folding wouldn’t make sense due to your chip stack.

However, I see players falsely use this term because they didn’t want to fold and lose the chips they have already bet, but ended up losing more by sticking around. It’s not easy giving up on something you have given so much into because it feels like a waste or failure.

This happens a lot. Not just in poker but in life. People get “pot committed” to businesses, careers, relationships, goals, beliefs, identities, or expectations. You hold onto something so closely and for so long it’s hard to let go. You make a commitment and when you see it’s not going in the right direction you feel obligated to not give up on it and see it through to the end.

A few painful things I have had to give up on was being a football player and being this physically strong macho man, husband, and father. What I have come to discover is true strength lies within us, which was not easy to grasp when I spent so much of my life early on trying to acquire physical strength. By giving up on the idea that physical strength is the most important thing has helped me immensely live a more happy and fulfilling life.

There are tons of examples of people changing course and giving up on a dream that led to accomplishing something new. Like Ray Kroc spent most of his career selling milkshake devices but gave up on that career to buy McDonald’s at age 52 and it’s now the world’s biggest fast-food franchise.

Dwayne “The Rock” Johnson has transitioned careers multiple times. He dreamed of playing in the NFL but when that didn’t work out he became a professional wrestler with only $7 bucks in his pocket. After rising to the top of wrestling he transitioned to acting and is now the highest paid actor.

Now there are some things you or I shouldn’t ever give up on. For me, it’s my faith, family, or living. My point is that it’s ok to fold, give up, pivot, readjust, stop, or change course. Live life with an open mind, flexibility, and being ready to adapt. In fact, by doing so can save you so much heartache, energy, stress, headache, or will help you discover new passions.

What’s something in your life that is time to fold?